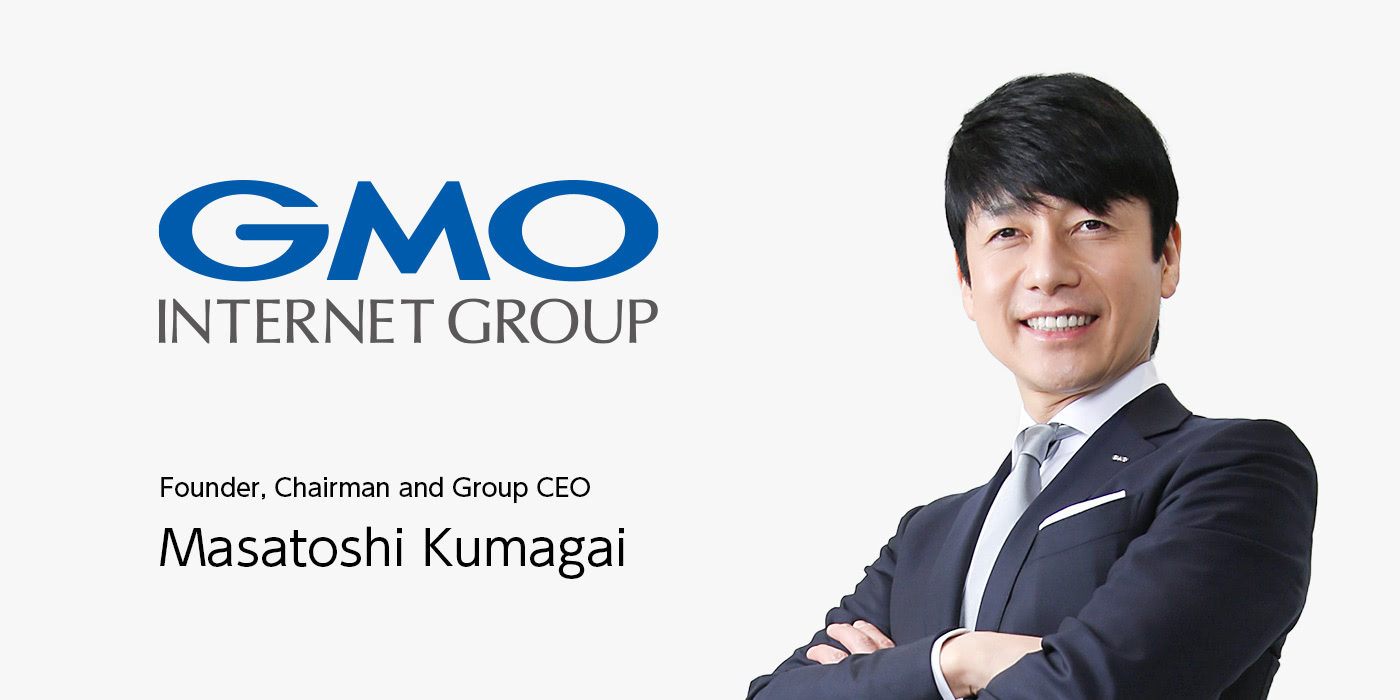 Enriching the Internet and making it easier to use

Since the GMO Internet Group began its internet related business in December 1995, we have striven to offer enriching and easy to use Internet related services under the motto “Internet for Everyone.”
Currently, we have Internet Infrastructure, Online Advertisement and Media, Internet Finance businesses, and Cryptoassets businesses.

In the Internet Infrastructure Segment, all products are No.1 market share in Japan. Other than that, our group has No.1 annual FX (an OTC FX transaction) trading volume worldwide , and No.1 in Japan for 10 consecutive years, and the number of customers increased in Japan and abroad.
We have also launched our next-generation Internet banking business GMO Aozora Net Bank on 2018 and begun new services collaborating with various Internet services inside and outside our group.

As a result, the total number of customers of the Internet Infrastructure Segment and the Finance businesses reached about 15.38 million as of September 30, 2022. And we have grown into a comprehensive Internet group made up of 110 group companies centered around 10 listed companies run by 7,213 group partners.

In 1994, I read an article on Nikkei Ryūtsū Shimbun (currently, Nikkei Marketing Journal) and discovered the Internet.
The moment I read the article, I strongly felt that Internet would change our lives and become social infrastructure, so I launched an Internet operation in December 1995, offering overwhelming services in terms of the specification and the price.
Although Japan was still at the dawn of the Internet industry then, in just 20 years, the Internet industry became an Internet infrastructure indispensable to our lives through the birth of mobile devices including smartphones in addition to technological evolution and the advancements in telecommunications environment.

Create smiles and excitement, and contribute to society and people

Currently, the world has been revolutionizing because of arrival of full-scale IoT age, automation utilizing artificial intelligence (AI), and economic activity that Cryptoassets brought about.
New, easier to use services that enrich our lives will be created one after the other through the integration of the Internet and various industries.
With cutting-edge technology and speedy management, we will create services of our own, which will allow us to provide No.1 solutions and grow our customer base.
GMO Internet Group will continue to create smiles and excitement and will strive to contribute to society and people. We would like to ask for your continued support in our endeavors.